More than any other bird family, the swallows are becoming increasingly dependent for shelter upon man, at least when they are nesting; and as this is the season when they are most valuable to him because of the enormous numbers of insects they prevent from multiplying, let us hope that familiarity with us will never breed contempt and cause them to return to their old, uncivilized building sites.

In the sparsely settled West, the cliff swallow still fastens its queer, gourd-shaped, mud nest against projecting rocks, but in the East it is so quick to take advantage of the eaves of the barns and other out-buildings, that its old name does not apply, and we know it here only as an eave swallow.

The barn swallow, as we have seen, chooses to nest upon the rafters inside the barn, but the eave swallow is content to stay outside under the shelter of a projecting roof. In such a place you find not one, but several or many mud tenements plastered in a row against the wall, for eave swallows are always remarkably sociable, even at the nesting season. A photograph of a colony I have seen shows one hundred and fifteen nests nearly all of which touch one another. 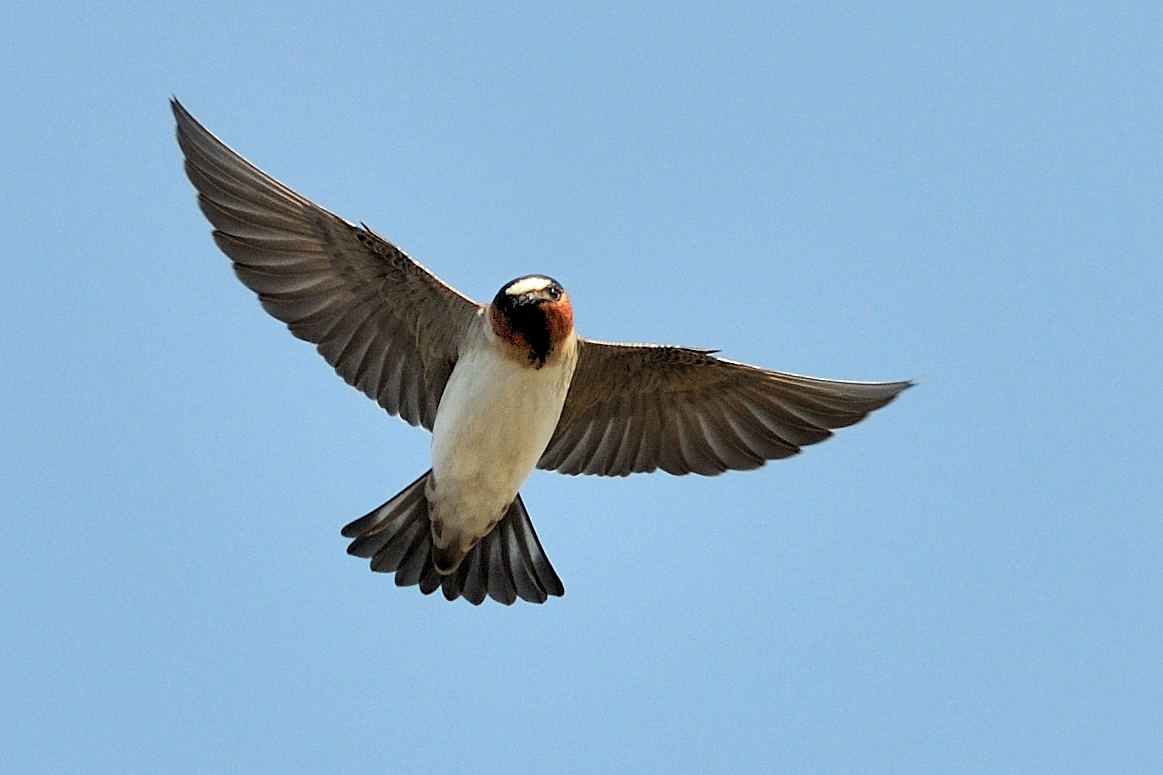 Although so often noticed circling about barns, you may know by the rusty patch on the lower part of his steel-blue back, the crescent-shaped white mark on his forehead, and the notched, not deeply forked tail, that the eave swallow is not the barn swallow, which it otherwise resembles.