At a little distance the bird appears to be black above and white below, but as he suddenly wheels past, you see that his coat is a lustrous dark steel green. Immature birds are brownish gray. All have white breasts.
As the tree swallows are the only members of their family who spend the winter in the Southeastern United States, they can easily arrive at the North some time before their relatives from the tropics overtake them. And they are the last to leave. Myriads remain in the vicinity of New York until the middle of October. There is plenty of time to rear two broods, which accounts for the great size of the flocks. By the Fourth of July the young of the first broods are off hunting for little gauzy-winged insects over the low lands; and about a month later the parents join their flock, bringing with them more youngsters than you could count. They sleep every night in the marshes, clinging to the reeds. 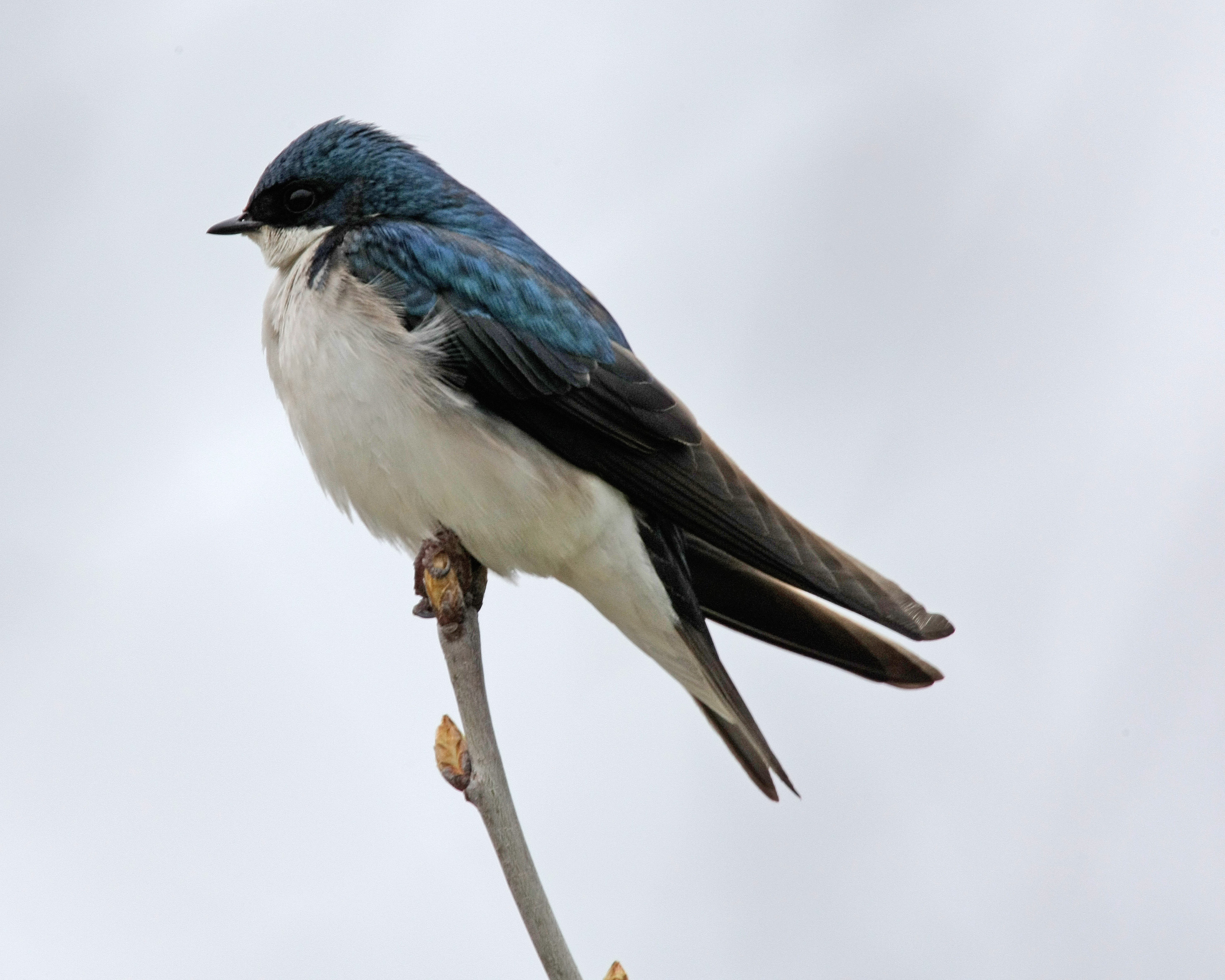 “Tachycineta bicolor -Madison, Wisconsin, USA-8 (1)” by John Benson from Madison WI – Yet another tree swallow Uploaded by Snowmanradio. Licensed under CC BY 2.0 via Wikimedia Commons.
Like the cliff swallow, the tree swallow is fast losing the right to its name. It takes so kindly to the boxes we set up for martins, bluebirds and wrens that, where sparrows do not interfere, it now prefers them to the hollow trees, which once were its only shelter. But some tree swallows still cling to old-fashioned ways and at least rest in hollow trees and stumps, even if they do not nest in them. Some day they may become as dependent upon us as the martins and, like them, refuse to nest where boxes are not provided.