Almost everywhere in the Eastern United States and Canada, the red-eyed vireo is the most common member of his family. The only individual touch to his costume that helps to distinguish him is a gray cap edged with a black line which runs parallel to his conspicuous white eyebrow. He wears a dull olive coat and a white vest. But listen to the Preacher! You have no need to meet him face to face in order to know him: “You see it—you know it—do you hear me?—do you believe it?” he propounds incessantly through the long summer days, even after most other birds are silent. You cannot mistake his voice. With a rising inflection at the end of each short, jerky sentence, he asks a question very distinctly and sweetly, then pauses an instant as if waiting for a reply—an unusually courteous orator. His monotonous monologue, repeated over and over again, comes to us from the elms and maples in the village street, the orchard and woodland, where he keeps steadily and deliberately at work. Some boys say they can whittle better if they whistle. Vireos seem to hunt more thoroughly if they sing. 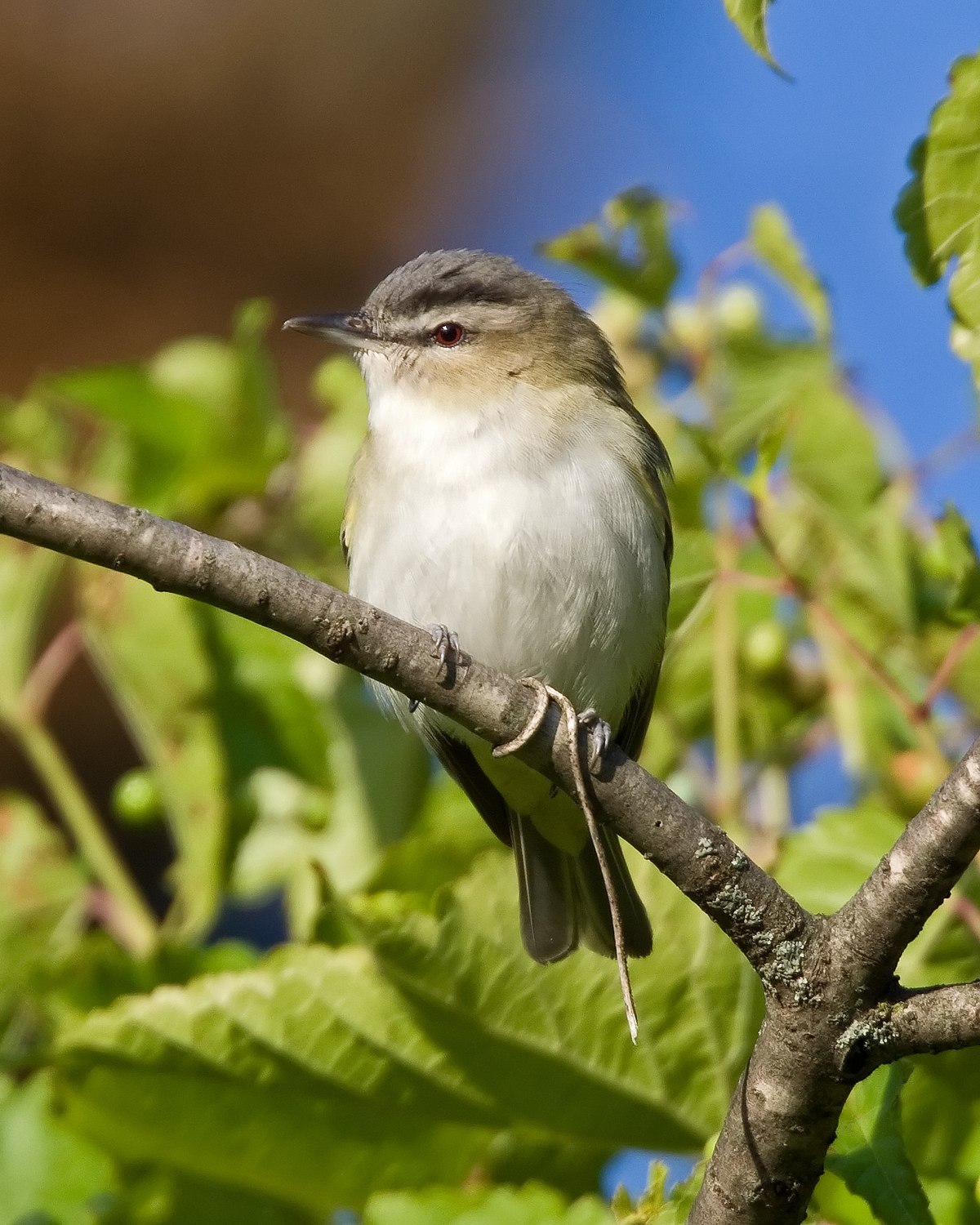 Like the rest of his kin, the red-eyed vireo is quite tame. A little girl I know actually stroked the pretty head of a mother bird as she sat brooding in her exquisite nest, and a week later carried one of the young birds all around the garden on a rake handle.

Vireos are remarkably fine builders—among the very best. Although their nests are not so deep as the Baltimore orioles’, the shape and weave are similar. The red-eye usually prefers to swing her cradle from a small crotch in an oak or apple tree or sapling, and securely lace it through the rim on to the forked twigs. Nests vary in appearance, but you will notice that these weavers show a preference for dried grass as a foundation into which are wrought bits of bark, lichen, wasps’ nest “paper,” spider web, plant down, and curly vine tendrils.