Then I supposed that he must have escaped from a cage, for he is uncommon north of Washington. With tail and crest erect, he was hopping about rather clumsily on the ground near the bear’s cage, and picking up bits of broken peanuts that had missed their mark. Presently a dove-coloured bird, lightly washed with dull red, joined him and I guessed by her crest that she must be his mate. Therefore both birds were permanent residents in the park and not escaped pets. Although they look as if they belonged in the tropics, cardinals never migrate as the rose-breasted grosbeak and so many of our fair-weather feathered friends do. That is because they can live upon the weed seeds and the buds of trees and bushes in winter as comfortably as upon insects in summer. It pays not to be too particular.

In the Southern States every child knows the common cardinal and could tell you that he is a little smaller than a robin (not half so graceful), that he is red all over, except a small black area around his red bill, and that he wears his head-feathers crested like the blue jay and the titmouse. In a Bermuda garden, a shelf restaurant nailed up in a cedar tree attracted cardinals about it every hour of the day. If you can think of a prettier sight than that dark evergreen, with the brilliant red birds hopping about in its branches and the sparkling sapphire sea dashing over gray coral rocks in the background, do ask some artist to paint it!

Few lady birds sing—an accomplishment usually given to their lover’s only, to help woo them. But the female cardinal is a charming singer with a softer voice than her mate’s—most becoming to one of her sex—and an individual song quite different from his loud, clear whistle. 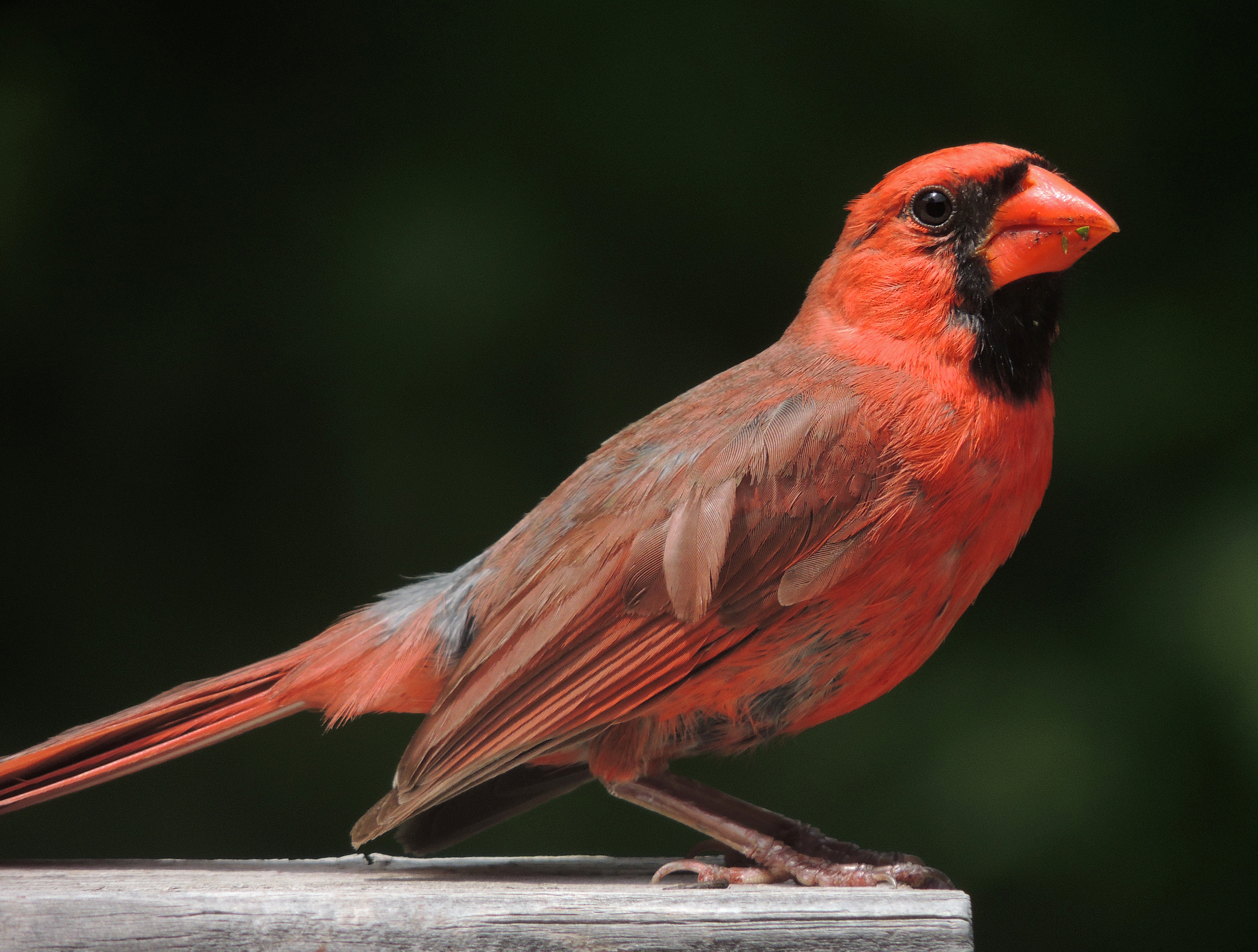 THE STORY OF A MOTHER – Andersen’s Fairy Tales